Profile Gallery: How it started / How it's going 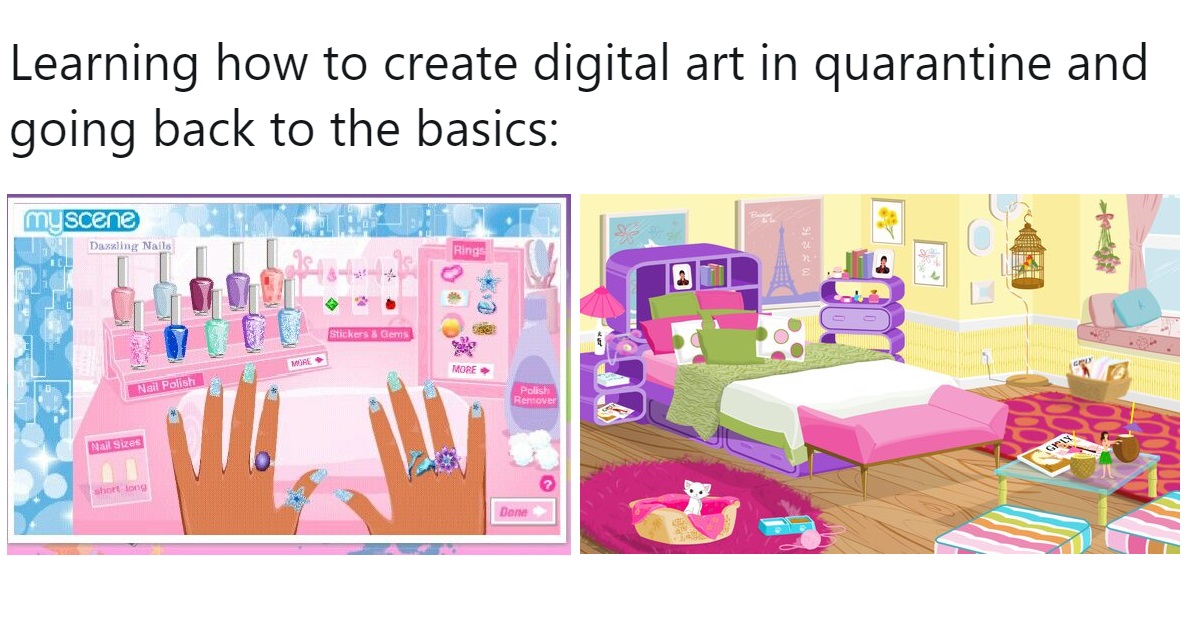 PROFILE GALLERY: the idea derived from a time of isolation and a hiatus in the art world.  Whilst the UK was locked down and locked up, we noticed a surge in creativity from  artists and art enthusiasts alike. Like many, we waited for the art galleries to set their digital alternatives in motion. But we got tired of waiting. So we began to build our own. We wanted to create a social art network that could exhibit the work of early-career artists, free from algorithms and adverts.

We remembered our very first interaction with the internet as a social network: Bebo with its customisable backdrops; Myspace with its clunky design. It filled us with nostalgia, a time of clarity and excitement. We questioned why, overall, Facebook came on top? It seduced millions upon billions with its sleek functions that you could manoeuvre with ease  as if turning a page in a book.

But what was so wrong with the on-screen garishness that typified the noughties and the birth of social networking? The noughties to us was oversized brick phones and computers, glitter and jewel fonts, and awkward functions (mirroring the IRL obtrusive icons, chunky highlights and obscene midriffs). The social networks were about building a virtual network, not allowing ourselves to be readily duped into some false sense of reality. The FB conglomerate has now become some sort of extension to our IRL bodies (which they are profiting from in a way that many won’t acknowledge or can’t begin to  unpick).

We wanted to wrestle with this. Hence naming ourselves ‘PROFILE’. We wanted to return to this space of innocent networking where everyone’s profiles meant something more than data farming. By siting a connection between, what we saw as the three profiles needed in art-making, the artist, the viewer and the curator, we could imbue the site with  these nostalgic values we were craving for at a time of confusion and chaos.

We wanted to create something that reminded people that this was a site for site’s sake. And in that share art for art’s sake.

But where does that leave digital art and creative online platforms? It once was taboo. A niche. Too specialist. Restrictive. Then 2020’s Ms. Rona hit. Arts institutions suddenly picked up on its potential. Realising the beauty in its state of being: its accessibility and avenue for individual expression. They recognised they could re-imagine the dying notion of ‘public art’ on better terms.

(public art has, for hundreds of years, been dominated by state restrictions and sculptures of severely questionable dead white men which are quite literally being vandalised as we speak. Arts institutions as opportunists? Surely not. Surely that is the job of corrupt politicians and corporations… oh wait, who funds them again?).

But nothing changed. The galleries were the same, just copied on to our screens.

We knew that digital art provided endless opportunities for early career creatives to experience true freedom of expression whilst also publicising and marketing their own art without external intervention. But art is only a freedom of expression up until someone steals your new Instagram artwork to market their brand or a civil service led advert *cough* Fatima the cyber chick *cough*, or when the algorithm chooses you as its subject.

PROFILE GALLERY wanted to find the answers to issues concerning digital art: the issues of the curation of on-screen art, battling the villains that are SEO and algorithm, but most importantly navigating the privacy clause of social media sites. In essence, we wanted to build a space that reflects the process of producing and evaluating art, its system, and its  practitioners from the perspective of early career creatives.

1. We are a supportive community of artists, curators, contributors and spectators.

2. We are dedicated to providing a space for early career artists to publicise their  work (virtual, visual, and verbal).

3. We are independent, we provide a virtual space for exhibitions, design and  discourse that mitigates the restrictive art spaces that exist.

4. We aim to break down the barriers arts institutions have engineered.

5. We strive for democratic representation within the arts (or finding out what that  actually means)

6. We seek to stimulate creativity.

But overall. We want fun! We want challenging! We don’t want you to be reminded of the reasons why art is so inaccessible. So we made our own space to begin to build  just that.