In the second instalment of the series 'In my humble opinion', Joji's live gig Extravaganza is reviewed by Tanika Maya Lay. 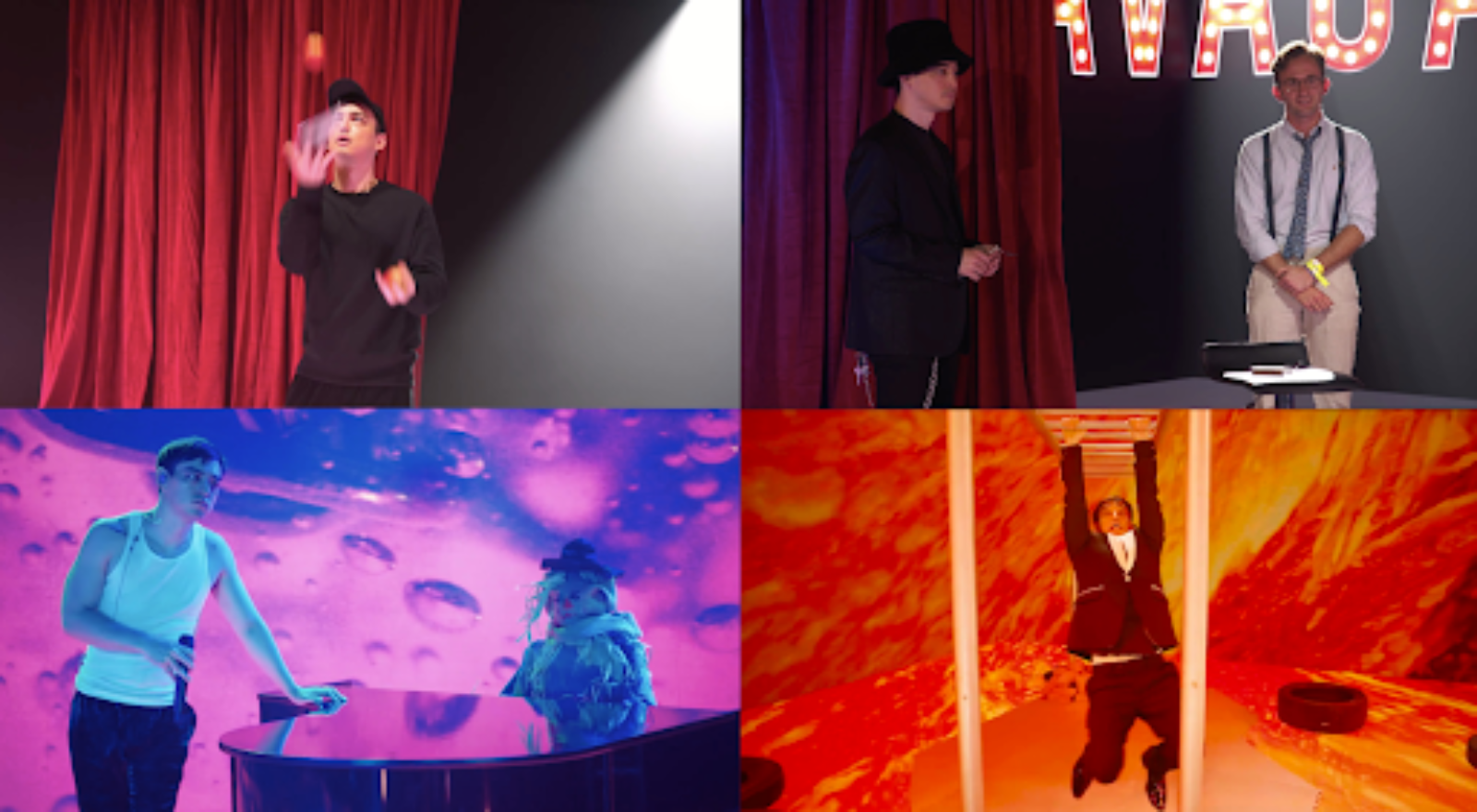 ‍
Much to the delight of his many simping, long-term fans (myself included), Joji has gone back to his comedy roots to bring us The Extravaganza, an hour-long live streamed event, broadcast from an LA studio. I sat back on my bubble-household’s sofa, beer in hand, intrigued to see what Joji had produced.

Joji emerged onto the hip-hop scene in 2017 after moving away from his much-loved, much-followed YouTube comedy personas, Filthy Frank and Pink Guy. His creative energy has been entirely refocused, taking on more serious musical interests; he released one EP (In Tongues) and two albums (Ballads 1 and Nectar) within the span of three years. Many of his songs combine emotionally-driven lyrics and lo-fi beats, accompanied by evocative, irreverent and highly imaginative music videos, which exhibit his fresh and exciting vision. Joji’s edgy imagination has been honed throughout his earlier career; his artistic vision and lyricised sardonic wit was already evident in many of the tracks in his previous album, Pink Season, produced under the 'Pink Guy' persona. Joji’s unrelenting playfulness within every medium is why LIVE: The Extravaganza is so extra and so bizarre.
‍

The live stream show showcases Joji's multidimensionality as an artist and performer. He assumes an Eric Andre style show-host (his Hannibal Buress a silent scarecrow pianist), before running - sweating - between different departments of the LA studio. Each department is set up with a number of activities for Joji to partake in - juggling, monkey bars, scrambling eggs at a hob, and sitting nervously atop a carnival dunk-tank waiting to be plunged - all the while performing the hits from his recent album Nectar.

Rather than promoting his live event as a 'gig', it was a ‘one-night-only live-streamed event'. It is therefore unsurprising that Joji decided to get creative with the content - even though his agonisingly unchic, post-Filthy Frank fanbase would absolutely lap up anything he’s supplying(As anyone who has attended one of his gigs will likely recall the pang of gut-wrenching cringe upon sighting a mob of 20-somethings men who are, without even the pretence of normalcy, performing Fortnite dances in the pit.) Joji is unique in that his background is largely online content creation. Only more recently has he gigged live, and his very cool, very chic stage persona is so different from the Joji in The Extravaganza. And this is what made this digital space so worthwhile. He mastered being both original and nostalgic, by blending these two worlds through an online stream.

The event was a total shit-show and very fun to watch. And though it was comforting to see the reinstatement of the artists’ distinctive shit-housing, I felt the same way as I did at 8-years old watching Dick and Dom in Da Bungalow - I’d much rather have been there. However, die-hard fans were flagrantly thrilled by the event, and it was absolutely highly-original, “feature length”, live-streamed content and worth the £13 ticket.

Want more from Joji? MOST Recent? A FULL Joji playlist? Click away.