In the third instalment of the series 'In my humble opinion', Sara Kane's live-streamed theatre production is reviewed by Tanika Maya Lay 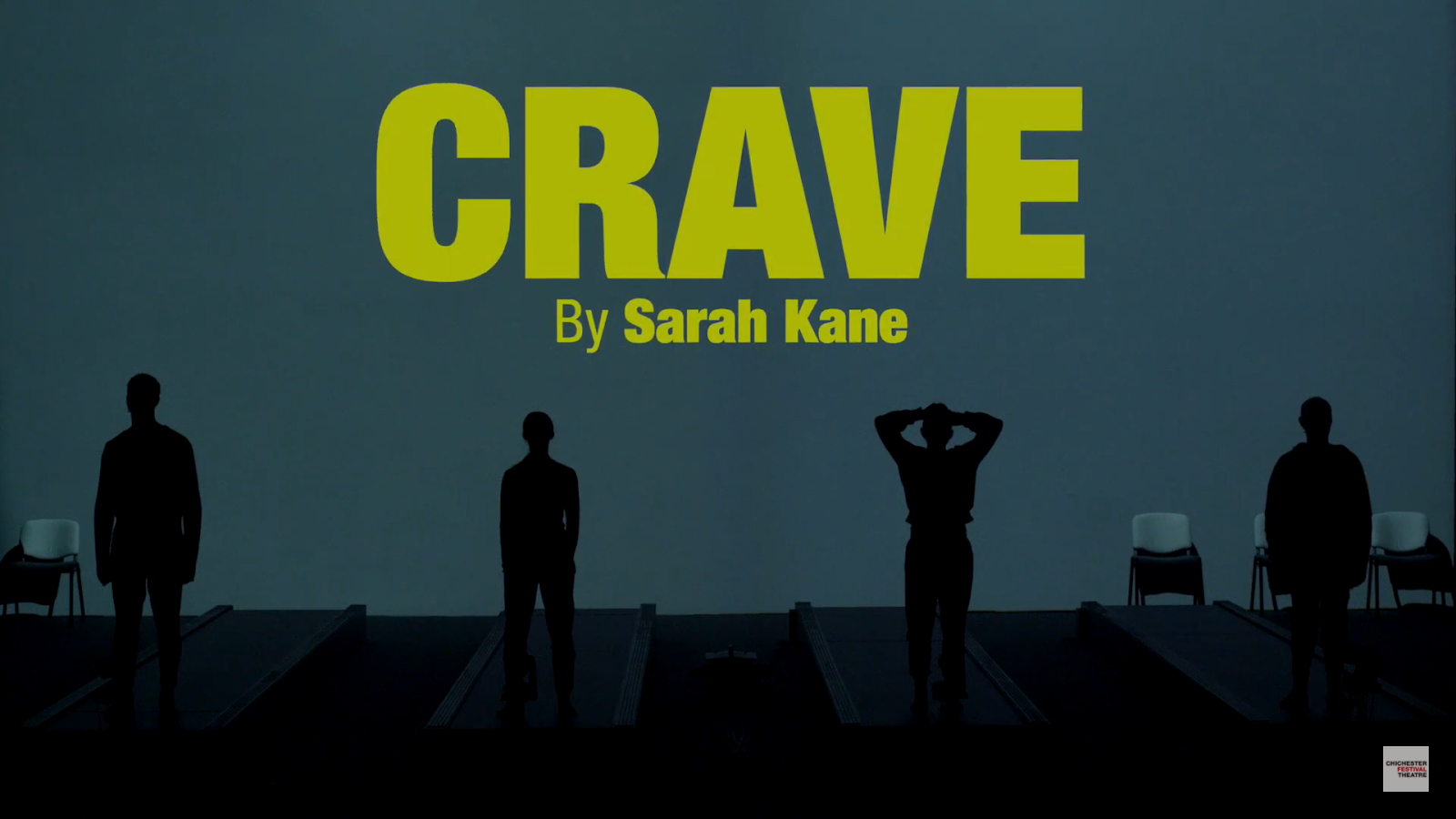 This production of Crave was broadcast live globally from Chichester Festival Theatre, as part of their digitised theatre season. If you’re familiar with National Theatre Live productions, and have caught various productions that have been streamed to your local cinema (for not much less than the ticket price for the actual live event - but I digress) then you’ll have an idea of what live-streamed theatre can be. This production, however, utilised the digitalised space more than anything NTL have produced, likely because the broadcast productions for NTL are first and foremost a live theatre production, with the addition of being recorded (not that they don’t produce it well). Whereas this production is catering for both the theatre and at-home viewers equally.

Crave by Sarah Kane is a non-linear and poetic piece of theatre, consisting of four contextless and only loosely intertwining monologues, spoken by the characters ‘C’ ‘M’ ‘B’ and ‘A’. It explores incredibly dark themes surrounding love, obsession, pain, violence, sexual violence, mental instability and suicide. This production had the four characters (a young man, a young woman, a woman in her late thirties and a middle aged man) standing on four parallel travelators, which pull them backwards, forcing them to constantly walk forward, or recede back. They are each reciting their monologues, which are mostly spoken in short sharp bursts of single lines from each character, occasionally overlapping or seemingly conversing with each other - but usually spoken outward to the audience.

There can be many ways the play is interpreted, and in turn shaped by a director, depending on their vision and concept, given only the characters speech. For me (and many), the play suggests it’s the thoughts and processes in the mind of the character ‘C’ (played by Erin Doherty in this production). The dialogue in the play is then a stream of consciousness from the mind of C, where she is constantly processing and reprocessing traumatic thoughts, reliving her experiences with the other characters who are ‘M’[other], ‘B’[oy] and ‘M’[an]. And/or that she is thinking things in their voices (as well as in her own), where her thoughts are continuously and frantically shifting in perspective.

This production was unique in that there was no live audience present, and therefore, we have these four characters, walking on their travelators, on a stage which later rotates, as they scream lines into the literal void of an empty theatre. And we, the audience, view from an even further passive position of our own comfy living rooms. In this way, it did indeed feel like the jagged and ceaseless contemplation of a mind at unease. The director had also layered artistic video footage on top of the staged action, which we can see on our screens, as if it’s a translucent curtain overlay - the kind of thing you see in films when a character begins to lose their mind. I imagine this is the kind of video footage that would usually be projected onto the set surrounding the actors, however utilising it for an on-screen effect gave extra texture to the spectacle of the event. And at the end the actors stopped talking, the room cut to blackness and there was no applause. Each of these things further encapsulated the void beyond the screen.

This event ranged between £10-25, with the idea that you pay what you would if you were visiting the space irl, in support of the venue. Of course all tickets received the same quality viewing. It was an enjoyable and interesting production - and far cheaper than seeing a National Theatre Live (though granted they did do a free YouTube season in lockdown one). It’s also great value for money, if you look at it with the view that with one £10 ticket per household, you can introduce your family to complex, non-narrative theatre (that they will potentially loathe) for a fraction of the price (and regret) of traipsing to London. If they do a recorded showing, I’d recommend you snap up a ticket and treat your family to an evening they might despise!