A note from the curators of 'Oddly Satisfying' 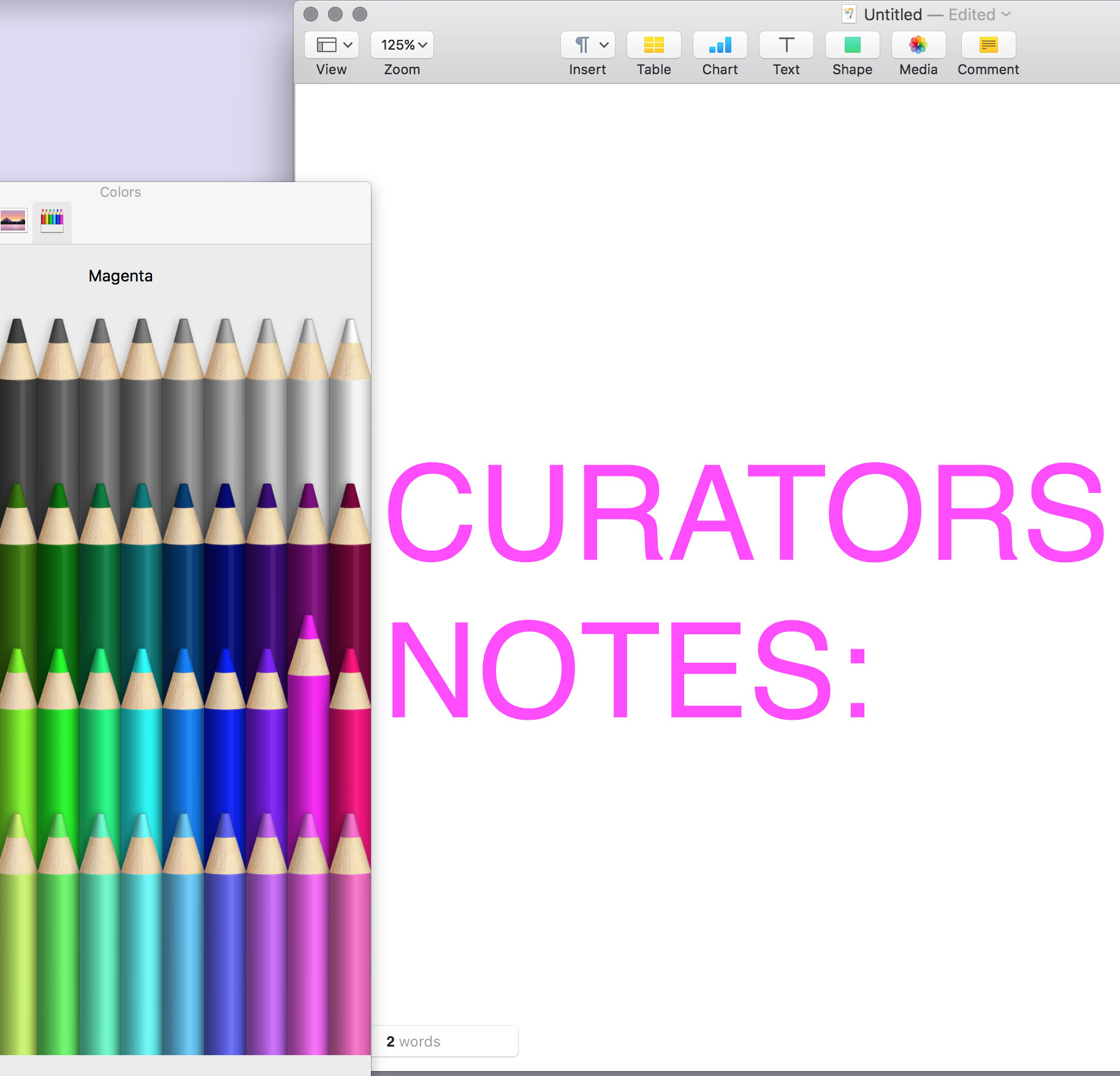 From YouTube clips of people pimple-popping to a sharp knife cutting a perfectly circular, pink sand pile, a new genre of online entertainment has emerged. This category of videos has been placed under the title ‘Oddly Satisfying’ – something that surprisingly soothes our psyche, removing us from stressful environments and placing the viewer in a new world.

In 1999, a study was conducted by the Smithsonian Museum which analysed how visitors regarded their experience in a museum as ‘satisfying.’ Through surveys and interviews it became clear that visitors responded to four categories of satisfaction:

While these experiences are related to physical exhibition spaces, a contemporary form of satisfaction is produced through videos, including ASMR. ASMR stands for Autonomous Sensory Meridian Response, a term invented by Jennifer Allen in 2010, according to the Smithsonian. It’s generally categorised as a physical tingly feeling or hyper-relaxed state that moves through the scalp, neck and upper spine, triggered by certain noises and visuals. Many people watch the videos as a form of stress relief or even to help them sleep. Similarly, videos of hands playing with slime trigger a heightened sensory reaction. As curators, we are interested in the person behind the screen, watching these seemingly tactile and physical engagements with an object.

Profile Gallery’s Space #3 includes artworks by Sandra Araujo, Benjamin Hall, Yasmin Morgan, Ellie Niblock, Lily Thompson and Georgie Strauss. Selected by Grace Frazer and Farah Dailami via social media, the artworks within ‘Oddly Satisfying’ attempt to elicit an inexplicably pleasing quality. Curated into group exhibitions that are released weekly, we force the viewer to interact with images and sounds that could be perceived as distressing, weird, entertaining and/or out of our imagination.

‘Oddly Satisfying’ aims to reflect on a new culture of sensual, emotional, physical and visual engagement. Following the categorisations of the 1999 study, how can curators and artists in a digital age make a viewer’s experience ‘Oddly Satisfying’?

Thank you! Your submission has been received!
Oops! Something went wrong while submitting the form.
ARTICLE WRITTEN BY...
Grace Frazer
Grace Frazer is the Creative Director at Profile Gallery.
Website
Farah Dailami
Website